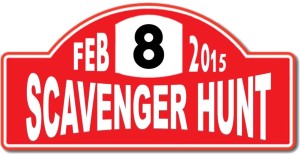 We had a great day for our first Scavenger Hunt which took us to places liek Braeside Park and Cardinia Reservoir Park.  With scavenger items to collect as well as a variety of photos to take along the way for points, it proved to be a fun, yet competitive day.  We all met at the finish line for a byo picnic and enjoyed the scenery whilst the winners were announced.  Stay tuned early in 2016 when we predict we will run another Scavenger Hunt for those who are willing!

We had a great fundraising BBQ at Frankston Bunnings on Saturday.   We had a constant stream of people for most of the day and our club members and friends did a wonderful job serving up just a few kilos of snags!  One gracious man donated $50 just for us to tell him a joke….he didn’t even want a sausage.   It’s moments like these that really do make you proud to be a Rotarian and meet such generous people in the community.  We raised just over $2000 which will be going towards Youth Projects in the Frankston Community. 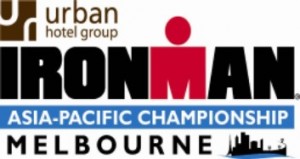 Once again it was a great event, made possible by Trudy Poole and many helpers. The Ironman BBQ this year had a special aspect to it, in seeing the Rotary Clubs of Frankston and Frankston Peninsula 2.0 working together for the community.  We have raised funds in excess of $5000.  The good news is that Frankston Council has renewed the Ironman contract until 2016, so see you all next year. 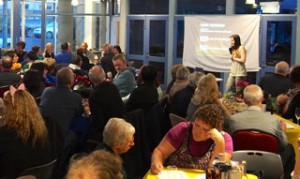 Rotary Frankston Peninsula 2.0 held their first Trivia Night on Saturday 26th October 2013. We were expecting about 80 people at the event and were surprised by an unexpected turn up of over 110 people. Extra tables and chairs were hurriedly set up and the night began.

It was a noisy and happy crowd and as the night wore on the crowd became noisier and happier. The Quiz Masters (from the Peninsula Rotaract Club) had to exercise great patience to keep the night on track faced with such enthusiasm and they did a marvellous job.

The purchasing of answers was extremely popular on the night, with one table determined to win at all costs and it cost them mightily.

The bottle toss was hotly contested and could not have been won more convincingly. Very hard to beat someone who has landed the coin right against the bottle!!

The Club managed to raise nearly $4,000 on the night which was an amazing achievement for all involved. A fun night was certainly had by all. 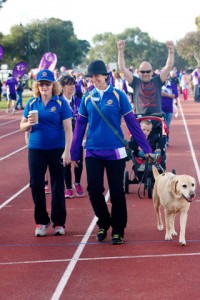 On the weekend of the 21st and 22nd September, the Rotary Club of Frankston Peninsula 2.0 participated in the 2013 Relay for Life at Balham Park, Frankston, to help raise funds for the Cancer Council. The relay helps raise not only much needed funds for the Cancer Council which is not government funded, but it also raises awareness that not only the individuals with disease are affected by cancer, but also the people that surround them. The relay gives fa,ily, friends, carers and survivors a chance to experience community spirit in acknowledging that the fight for cancer is ongoing.

People of all ages and walks of life participate in the event. there is a lot of fun to be had, as well as the emotional moments experienced during the candlelight ceremony to remember those who were not so fortunate to survive.
There were thousands of people in attendance and the members of the Rotary Club will no doubt be back again next year to walk again to raise funds for this great cause.